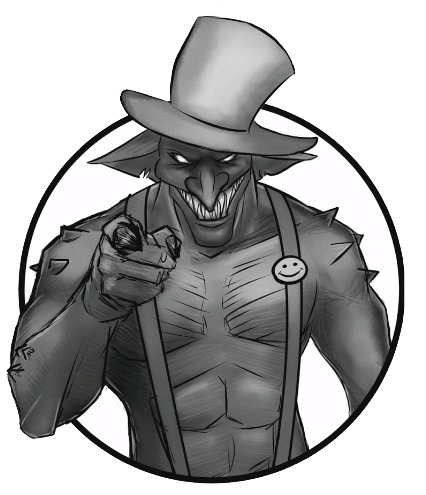 Specifically, I need you.

With the release around the corner, I want to come up with a new demo to go with it. My players have already been through the ones I've written for my group, and I figure a new edition can use some new material.

What we need: Pitch me material, even if you only have some partial ideas on what you want to see. If we find something good, I'll write up the adventure, the pregen characters, run it for my group and then release the whole thing as a packet for public playtesting.
Sword and Scoundrel: On Role-Playing and Fantasy Obscura

Player Character Ideas:
"The fool doth think he is wise, but the wise man knows himself to be a fool."
― Touchstone
Top

Premise: the players are inside a besieged castle or city. Food is running low, is all hope lost?

Situation: one day, people inside start to die. Not because of starvation nor disease, so why? The players are asked to investigate. Alternatively, the players are a part of negotiation team, but as turns out, the meetings were meant as a distraction - in the meantime, the besiegers storm the city / defenders counterattack or try to escape through underground tunnels.

Players: they could simply be serving in the city garrison. Or maybe one of them is a high ranking officer, leading the defense? They could be spies, secretly undermining the defensive effort. They could be samaritans, only caring about reducing the casualties on both sides to minimum.


(that's pretty chaotic, I was just making things up on the fly

I don't have specific pregen character ideas, but the opportunities should be fairly clear and may also vary based on who the PCs' ultimate employer ends up being.
Top

Premise: Historians didn't quite get it right this time. The party are member's of the Knights Templar left behind and presumed dead after the Battle of Legnica. After Mongol forces leave the area, the surviving knights retreat stealthily to a small western polish village to rest away their injuries.

Situation: The party now must deal with the very real possibility of being discovered by mongol scouts as they try to recover and then return westwards. But something's not quite right. This village is secretly practicing heretical pagan rituals. It's your duty as Templars to root out this evil "in the name of the lord, our god."

Themes: Faith vs Corruption (let your minds remain pure)
Christianity vs Paganism (root out all evil)
Mongol vs Templar (They're out there somewhere)
Man vs Responsibilities (can't we just leave and rejoin the army instead of dealing with this?)

Usable Mechanics: (A LOT, but here is the most prominent ones): Social 'Combat', Health and Healing, Stealth, Skirmishes, Simple/Complex Combat, Poisoning, Magic(depends on how you want to run it),

Characters: All of the players are Knights Templar (with maybe a sergeant or squire in addition.)
-A young knight wounded and afraid, has deep fears of Pagans and mongols. Good with his words, but falters under Pagan pressure.
-The eldest knight, clearly the superior of the party. Most wounded, incapable of effective combat. Utterly unshakable in his faith and tactical ability.
-A deceiver, a knight with limited medical experience. Out of spite for past treatment, he poisons under the guise of healing. While he is capable of healing, Paganism is looking pretty tempting.
-The prisoner, technically not a member of the Templar. A sergeant who was offered freedom in exchange to fight with the Polish Infantry. Easily the most martially capable, exceeding the skill of even the knight's themselves. Not fully faithful to the Templar, but certainly no fan of Pagans either.
"Nice to meet you." Said the man with the red hands.
But the man lied.
Lied through his teeth to a mirror.
Top
Post Reply
5 posts • Page 1 of 1